Pianist, writer, recording artist and educator Murray McLachlan reflects on ideas, initiatives, developments and possibilities in the ever vibrant world of music and music education.

In his blog, Murray tackles a very important topic for any musician: is playing from memory really necessary?

When we listen to a performance, surely it is the sounds we hear that matter the most rather than the presentation? And it surely goes without saying that what counts is the quality of sounds that musicians produce on stage rather than the means by which they are produced.

Of course, it is fascinating to notice techniques and approaches to achievement from different musicians, but ultimately it is their sonic results that count – not whether they executed a passage in one bow, one breath or with only three fingers.

Perhaps performers can at times lose sight of this fact? Is this particularly true for piano players, and the issue of leaving scores in the green room whilst they play on stage from memory?

Have pianists over the generations spent far too large a proportion of their practising hours honing recall skills… and not enough time really developing their interpretations? If memory was not expected, if hours did not have to be spent in building up security to prevent memory lapses, would practising become more meaningful and creative?

Memorising music is seen by many piano teachers and students as a proof of preparation, an indication that interpretations are really secure, focused, and polished. Over the years I have seen many suffer directly from stress, anxiety, and apprehension as a direct consequence of memory worries.

The pressure not to forget notes in performance can become intense. Of course, this pressure is not imaginary: Many institutions and international competitions continue to insist that ‘all works must be performed from memory’.

Fair enough to use the score when you are collaborating with other musicians. but if you are performing standard solo or concerto repertoire written pre-1950, then woe betide you if you dare use the music!

It is not unheard of for examiners in final recitals at conservatoires to deduct 10% of the overall final mark for a performance if the candidate opts to play from the score!

And professionally, certain promoters have insisted in past contracts that artists must perform from memory: this was true for one famous London promoter for whom I played many concertos over the years, each time I signed a contract it was made clear in one of the clauses that my failure to agree to play from memory would result in cancellation of the engagement!

Of course, all other instrumentalists have never received the sort of pressure to memorise that solo pianists have. Chamber and collaborative pianists are let off the hook too. It is simply not expected. Why then is the cultivation and realisation of infallible memory expected and assumed for solo pianists?

Perhaps we should blame two of the most famous pianists of the 19th century – Clara Schumann and Franz Liszt. In the classical period performance practice for keyboardists was clearly defined- improvisations were executed in public from memory, whilst notated compositions were always played from the score. 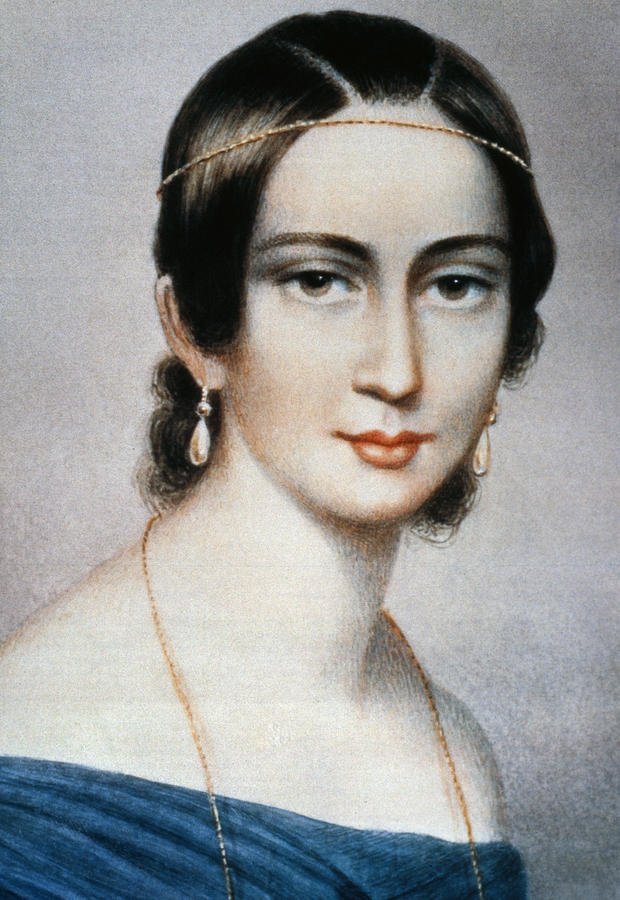 At 18 Clara Schumann caused something of a sensation by performing Beethoven’s Appassionata from memory in Berlin, causing critics to refer to her as ‘insufferable’.

Bettina von Arnim, a close friend of Beethoven was incensed, viewing Clara’s memory feat as an arrogant conceit: ‘With what pretension she seats herself at the piano and plays without the notes!’

But Clara’s revolutionary practice set a precedence and was soon emulated by Liszt. In particular, Liszt’s 1841-2 concert season included the performance of over fifty works from memory in a monumental series of recitals in Berlin. After that, memory became mainstream for virtuosos. Looking back at the romantic era and its reaction again patronage, it is easy to see how persuasively magical the whole ritual of performing without the score became.

Certainly, there is something rather glamorous, even gladiatorial about watching a virtuoso pianist on stage ‘transcending’ the printed page. How exciting to feel that you are in the presence of a superstar ‘reciting’ from heart whilst s/he stares dreamily up to the heavens!

Thrills and spills seem more likely to come from an artist who is liberated from reading rather than from an executant who is staring at scores. Audiences in search of hysteria, elation and wonder most likely don’t want their superstars  to be fixated with a book from the piano bench. Surely it is just too academic to watch a pianist throughout a whole evening reading one page after another.

Clearly improvisation provided the ‘circus glamour’ for audiences before Liszt. With its decline, the showmanship aspect of performance focused more and more on the realisation of extant compositions- and we can see how these needed in certain quarters to be glamorised for mass public consumption, with memorisation an important part of that process.

‘I gave a recital in Theatre in the Forest, Grizedale about 25 years ago and remember feeling really unwell and on the edge of cancelling. I thought that perhaps playing with the score might help me get through the concert. 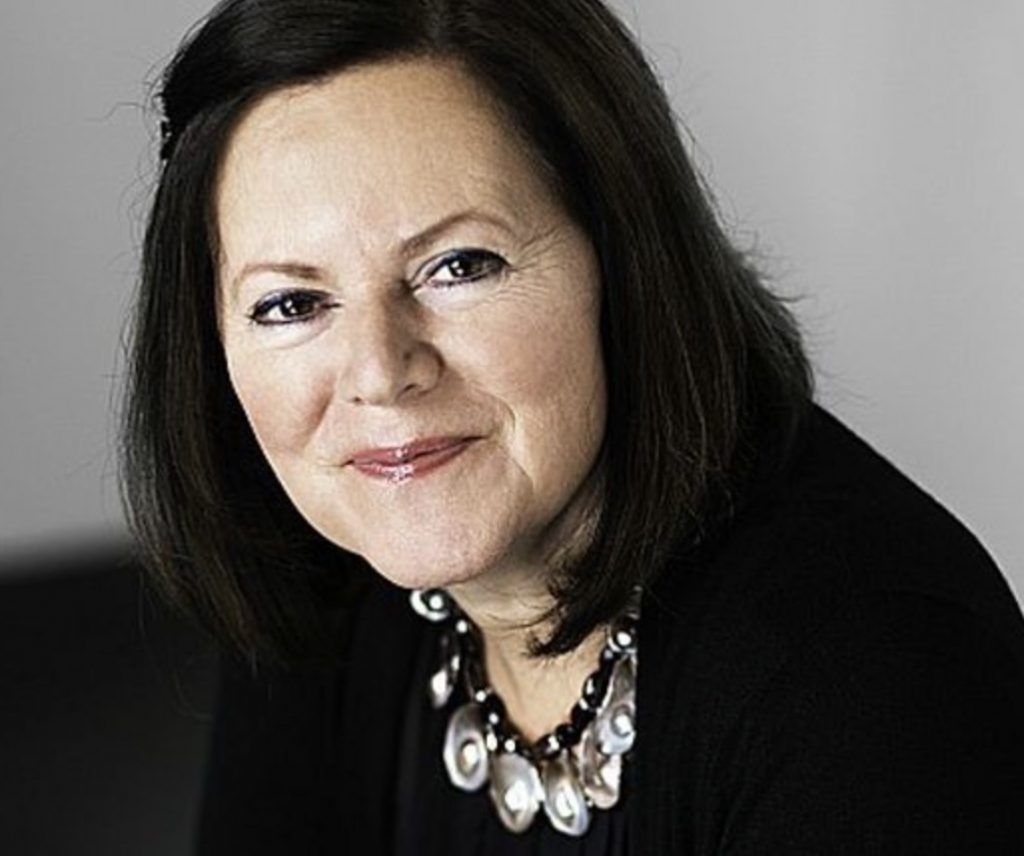 At the end of it I realised that although I wasn’t physically in the best shape, I enjoyed the performance much more than anything in recent times. I decided there and then to commit to playing absolutely everything form the score for six months and see how I felt about that afterwards.

Just to say that my memory was pretty good and although lapses were incredibly rare, the nagging feeling that this could happen at any moment and without warning or explanation, just ramped up my anxiety levels too far.

The promoter in Grizedale told me the press ‘would kill me’… I am still alive as far as I know, and I do wonder if anyone questions a string player for using a score in a concert?’

Kathy feels that the only positives for memory come for those who feel a freedom from not having the score. Certainly, it seems cruel to expect performers to play by memory in public if they feel more inhibited in the process. Of course, the cultivation of memory as a useful skill away from the concert stage should be worked at and developed by everyone.

If you can internalise your music by hearing it in your head and literally playing an entire piece through from beginning to end mentally, then you most certainly have admirable security and awareness. All musicians should do everything they can to develop their internal processing skills.

We can work at the four different types of memory and learn how to study scores in our heads as we walk down the road-without the music to hand! Aural, visual, kinaesthetic, and analytical memory skills can be honed and fine-tuned over a period of time.

Every individual musician has their particular strong areas for memory – some find visual memory easy but analytical memory challenging. For others, aural memory is effectively backed up by lots of work on the analytical aspect of the music. The study of chord progressions, intervals and sequences can work wonders.

Finally, there is the mechanical aspect of memory work- repetitions may be tiring, but they can help to reinforce security, and bring reliability into an interpretation.

All of that is fine but leaves a certain sense of dissatisfaction in my mind. Simply because a piece is securely processed, it does not necessarily follow that it is in a state of artistic excitement.   If memory work at the instrument makes things fixed in a mechanical sense, where does that leave creativity?

If we use repetitive memory techniques in our practising to find a constant fixed approach to our phrasing, balancing and characterisation, then clearly memory is not such a desirable thing. Surely, we do not want students to reproduce the same approach in performance time after time. Perhaps it is safer and more creatively stimulating to memorise away from the instrument.

As we play over our repertoire in our minds, we need to be open and inquisitive, searching for new possibilities to explore. If the emphasis is entirely on remembering notes, then it is not so desirable.

As a teacher Kathy is keen to make her students memorise their repertoire, regardless of whether they are using the score or not:

‘I think negatives can creep in with any musician who thinks that playing from the score is a shortcut to gaining a really deep knowledge of the piece. For that reason, I always ask my students to memorise.

I think there is a difference in watching a musician perform from the score and one whose eyeballs are popping out because they don’t know what’s next! I’ve learnt so much from continually looking at my scores and personally really value the added exploration as a result.’

Learning to perform on stage with the score can take time. It has to be practised and cultivated and is not a simple ‘way out’ for performers who are struggling with memory work.

‘I can’t tell you how often I’ve heard a musician say that at the last moment they decided to play with the score in a concert but then felt very uncomfortable. I think our whole way of playing is different, where we look, body posture and so to suddenly look at a score when you are usually gazing to the heavens or looking at the keys, can feel really disconcerting’.

For many musicians, liberation from memory means increased opportunities, with an expansion of repertoire and more enjoyment on stage. For others, memory is not an issue. Could it be that musicians with perfect pitch find it easier to assimilate notes? Do they find it easier to retain compositions over a longer period of time in their heads than those blessed merely with relative pitch?

Whatever the answer, we should always remember that there are infinite differences of approach to being a performing musician. If you feel uncomfortable with memory, continue to work at it privately- but never feel the compulsion to show your discomfort for any composition publicly by performing it without the score.

Every performer has natural affinities and strengths- as well as areas where they feel less confident. For me memory is a vehicle towards greater freedom as a performer. If it makes you feel more like a prisoner then it is best left well away from your recitals.

2 thoughts on “To memorise or not to memorise? That is the question…”