The composing spectrum part 2: Support and Encouragement.  How can the Stevensonian approach work in the age of computer technology, Sibelius, and recording?

Mozart’s earliest piano compositions were written in the ‘Nannerl Notebook’, a collection of practice pieces and exercises originally intended for his sister Maria Anna and created by his father Leopold in 1759. The extraordinary precocity of Mozart’s ever-green miniatures cannot be over-stated.

This is music that will always hold a special place in the repertoire for developing players. Evidently Wolfgang at five years of age was already a fully refined, characterful, and accomplished composer, as evidenced by the first extant piece we have in his oeuvre, the Minuet in G KV1: 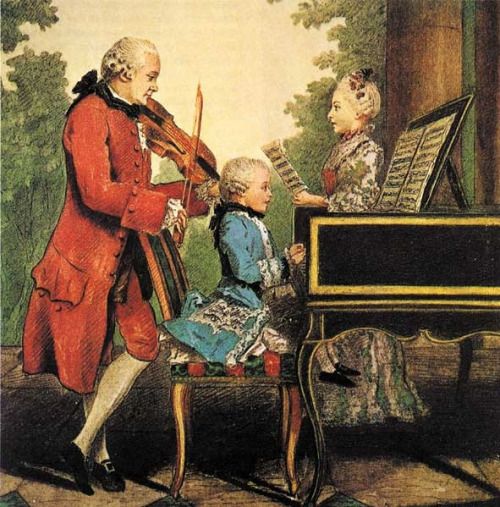 The Nannerl notebook as a family document provides inspiration not only for the music it contains, but also for the spirit of creative collaboration that it can encourage in us all.

The notebook is a symbol of support. New compositions emerge alongside pre-existing pieces. There is a sense of family endeavour.

The compositions by Wolfgang that appear in anthology include significant editorial support from Leopold. Sometimes the handwriting is by the father, sometimes by the son. This is entirely natural and was extended later when Leopold largely abandoned his own compositional career to edit the music of his son.

In a similar way to Leopold, mentors and teachers in modern times can gently pave the way for creativity via improvisation and composition from the earliest stages with young musicians.

A wonderful example of this approach is found in ‘Ella Savourna’s Music Notebook for young pianists’, a charming compendium of fifteen miniatures which the harpist and composer Savourna Stevenson created in the 1960s from the ages of five to nine through guidance from her father, the composer-pianist Ronald.

Though originally conceived many decades ago, the book is still extremely relevant and inspirational for musicians today. 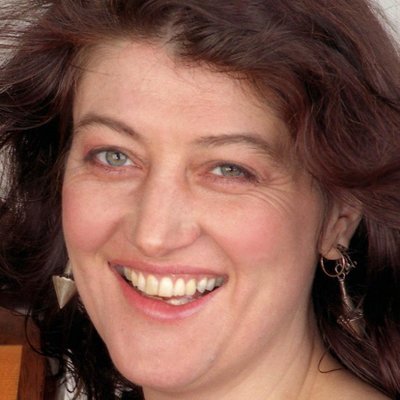 As Ronald wrote in the notebook’s introduction: ‘Ella Savourna is just nine. She plays the piano and makes tunes. All the tunes in this book- and the titles, too- are hers. I am her father and my hand in this book has only been to help her to write tunes down exactly as she plays them’.

The student plays, leads, and the teacher follows. This approach can be extended to provide an alternative means of introducing all young musicians not only to composition, but to performing, understanding, singing, clapping, and loving music in general.

Enter the garden of music for the first time by creating your own improvisations, whether they be vocalised or moved to or struck at a keyboard! From the first lesson we can explore so much colour on a single note.

Piano beginners love to randomly cruise up and down the black keys with the pedal down! When sat at pianos, most toddlers will enjoy random experiments by depressing the keys for fun.

After a certain age, it becomes possible for children to begin processing and understanding how the sounds and movements they make may be ordered. With Savourna, this happened just before she was five, as Ronald writes:

‘She sat at the piano and played a tune with both hands…. She wanted to write it down. I told her that we write music on a ladder of five rungs’.

The Stevenson notebook outlines how Savourna began to learn music theory and notation- in a manner that was consistently triggered from what she was playing and doing herself.

Her father Ronald was there to clarify, explain and articulate ideas that she had initially played and created. There is no doubt that the approach was extremely exciting. Even today Savourna vividly remembers how natural, inspiring, vibrant, and immediate her father’s ‘method’ was:

‘I just went to the piano and created music. Dad wrote it down, and this made what we were doing important. We put my tunes on Christmas and birthday cards year after year, we wrote songs for people. In time I was introduced to modes and ragas… and my composing became a musical journey round the world’.

This is close in spirit to the ‘sound before symbol’ advocated by many pedagogues as the most effective approach to beginning learning. It contrasts strongly with the ‘tutor book only’ weekly lesson curriculum but could certainly, and after a certain stage most certainly should, be adopted alongside work with repertoire books, scales, studies, and everything else.

By getting the pupil initially to play what they want to play rather than what they are told to play they will never be discouraged by music that is too difficult for them. By creating their own music, they are educating themselves. They are finding their own individual way forward- and instantly achieving that vital sense of ‘ownership’ that will make what they do all the more satisfying and special.

As young musicians hear music by others, so will they be stimulated to imitate, emulate…and make it their own. Often this will result in pastiche or close imitation, but the results can be charming, as evidenced in the notebook by Savourna’s ‘Scottish Minuet’, an eight-bar pentatonic black keys only paraphrase of Bach’s famous Minuet in G!

So how can the Stevensonian approach work in the age of computer technology, Sibelius, and recording?

Alanna Crouch is a 15year-old British pianist and composer of classical, contemporary, and electronic music who began her studies with Tom Donald.

Her long standing teachers are Christine Croshaw (piano) and Bohdan Syroyid (composition). She was the youngest candidate to attain ABRSM Grade 5 Jazz, Grade 8 Piano and DipABRSM in Performance and has been fortunate enough to perform at Steinway Hall UK, Carnegie Hall, and the Royal Albert Hall: 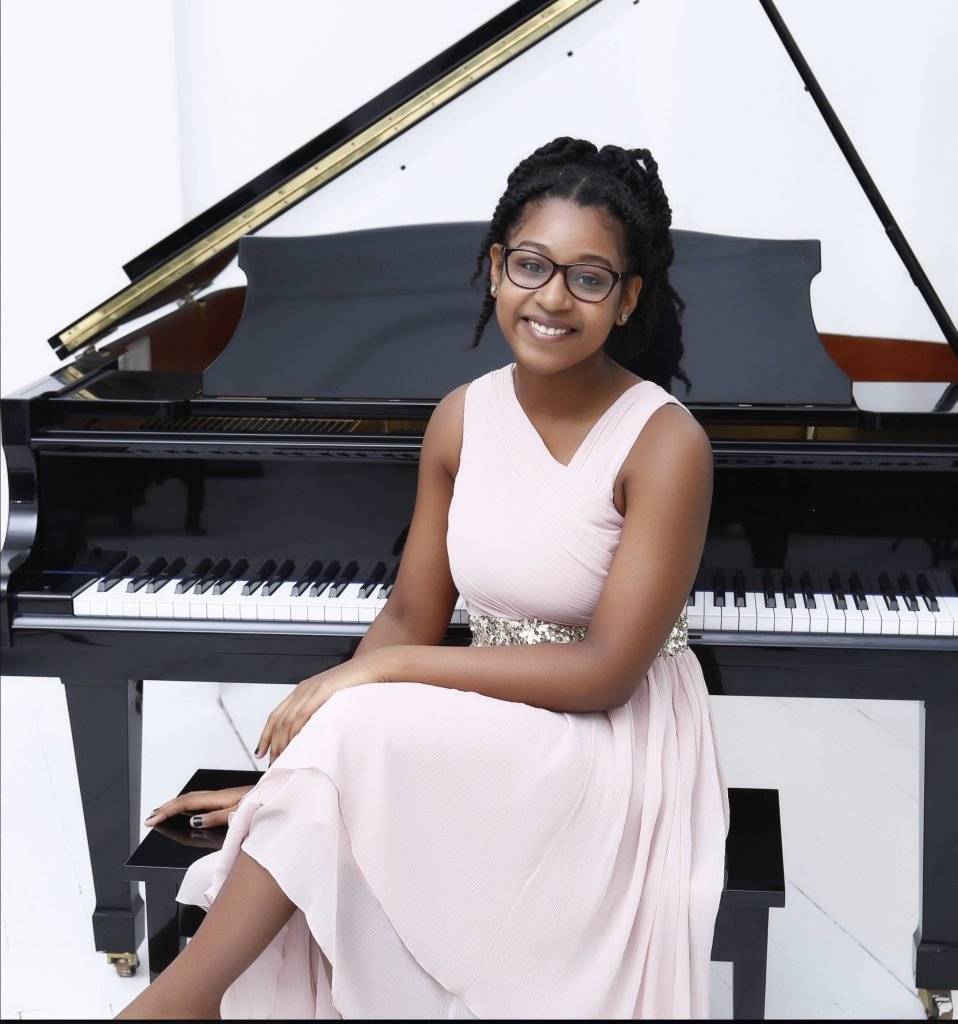 Alanna’s passion for storytelling and prolific composing has produced a growing catalogue of emotive pieces and film score compositions and this has developed alongside her outstanding achievements and development as a solo pianist. Nearly 250 years after Wolfgang Mozart wrote in the Nannerl notebook, it is touching to hear how Alanna started to compose herself:

‘I was given a music composition notebook as a birthday present when I was around 6 and would hand write short pieces, occasionally convincing my Mum to write for me as her note writing was better!

A couple years later, we bought an electric piano which let me record onto USB storage, but it wasn’t until I was around 11 that I started transcribing into Sibelius composition/notation software’.

For Alanna, composition is intrinsically linked to her playing.

She extends Ronald Stevenson’s teaching approach from the 1960s most effectively, fully embracing modern technologies but remaining true to the principle of ‘sound before symbol’ in that it is always playing and improvisation that is the starting point rather than a direct move into notation:

‘I almost always record my compositions on the keyboard before writing them out. Even if I’m writing a more orchestral piece, I start by recording a reduced piano version and then add more layers after I’ve written that out’.

Nikki Illes, who has worked with Alanna on occasion, is clear about the need to begin musical exploration creatively rather than from a more academic, intellectual perspective:

‘Even with someone more advanced like Alanna, the temptation is to get into the nitty gritty of harmonic specifics, whereas letting the musical imagination explore a broader more modal approach opens the ears. The traditional way of teaching modes (of the major scale) i.e., Dorian starts on D is no help in exploring the tonality and flavour of each mode or ‘mood’.

…Alanna responded really well when we organised modes from bright to dark starting on the same root, extracting harmony, voicings and found the character notes that define the moods. I then asked her to choose her favourite mode and write a short piece. Although a simple exercise, it clearly opens up new horizons in sound for both composing and improvisation at all levels’

With Nikki as an inspirational, expert ‘enabler’, lucky talented young musicians seem part of a noble pedagogical tradition stretching back across the centuries. The students imagine and hope… and the mentor facilitates. Of course, it is every teacher’s duty to provide new music and possibilities for their pupils to embrace for the first time.

The world will offer endless opportunities and artistic stimulation… but the fire and passion has to come directly from young musicians’ own motivations and love of music.