I first heard Philip Martin’s dazzling pianism live on television when he performed Rachmaninov’s ‘Rhapsody on a theme of Paganini‘ at the BBC Proms with characteristic aplomb and panache.

This was back in the 1980s, but already he was an internationally respected figure with a substantial number of original compositions in his oeuvre, many of which were taken up by colleagues and students alike for performance and study.

Especially notable in this respect is that concentrated celebration of colour and energy ‘The Rainbow comes and goes.’ This was commissioned as a set piece for the Dublin International Piano Competition and was also used (in part) on the grade 8 ABRSM syllabus at one stage too. Certainly, its bravura flourishes, octatonic cascades, and sound vistas make rewarding music-making, for both audiences and listeners alike.
It almost beggars belief that Philip (Dublin born in 1947) has been able to do so much in his long and distinguished career. In addition to writing four piano concertos and many other compositions (including substantial orchestral works), his discography includes issues on RCA Red Seal, Chandos, SOMM, and Hyperion, for whom he recorded the complete solo piano music on Hyperion of Louis Moreau Gottschalk (1829-1869).
On top of all of that creativity, Philip’s outstanding work as a mentor and pedagogue have seen generation after generation of students pass through his caring, safe hands. Philip was awarded a Professorship by the Royal Birmingham Conservatoire (part of Birmingham City University), having served for over thirty years as an esteemed, inspirational teacher there.

As a composer, Philip has an enormous range of expression, characterisation, and approach. Recently it was a great pleasure to play through and teach movements from his seven-movement, jazzy, and advanced level suite ‘New York Nights.’
There is certainly no shortage of thrills and excitement in this wonderfully immediate work! Beginning with a thrilling jazz scherzo ‘New York Nights‘ that is constantly wrong-footing the listener (and player!) with energised cross accents and changing time signatures, this demands an effective fast wrist staccato technique as well as quick wits: the changes of colours and textures are deliciously mercurial. 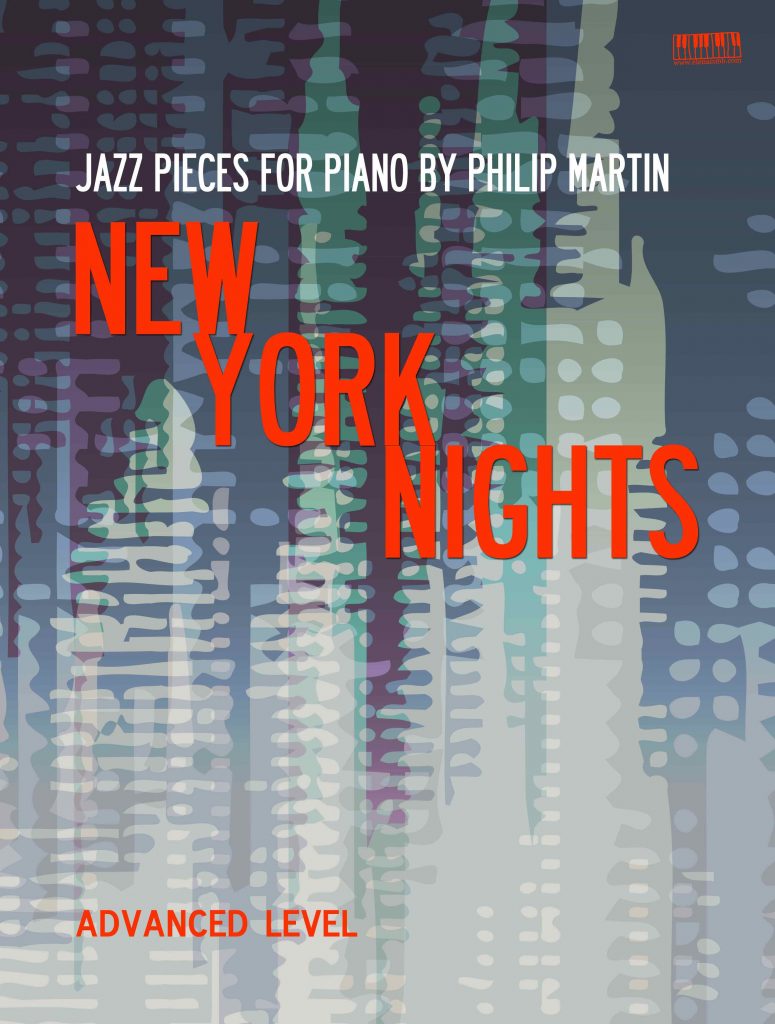 This could be an ideal choice for a post-grade 8 student looking for an energised but brief and rewarding challenge.
Wistful nostalgia and poetic stillness characterise ‘Night Music for Julia’ where the exquisite chromaticism’s move inevitably over beautifully simple harmonies. There is nothing to prevent a post-Grade 6 student from enjoying this beautiful piece.
And the novelty in ‘Alley Stomp Blues‘ of tapping on the lid of the piano (in swing rhythm!) should not cause anxiety for players approaching grade 8 either. However, this memorable forty-eight bar miniature does require rhythmic character, and the player would be well-advised to practise clapping and tapping the rhythms on their own away from the instrument before learning the piece at the keyboard itself.
Mischievous filigree is the order of the day in the subtle challenges of ‘Spirit of Liberty Blues‘ where the player needs discreet agility for success. Another post grade 8 number of great charm. Perhaps ‘Lozano Blues’ is the easiest piece in the collection, being possibly for Grade 5 players who are comfortable with double notes reaching out in sixths and sevenths. The relaxed flexibility and rich lusciousness of the writing are especially noteworthy here.
‘O’Keeffe Blues‘ hovers around the Grade 6-7 mark and makes effective use of sequences featuring perfect fifths. An excellent number not only for performance but also for developing analytical awareness through patterns in the teaching studio.
Finally, a showstopper of showstoppers with thrilling abandon in ‘Broadway Boogie Woogie.’ What a terrific piece! Great for developing technique as well as for having energised fun. Strongly recommended for everyone.
Though I have known Philip for many years, working with him particularly on the Chetham’s summer school on a number of occasions, it was wonderful to catch up with him in an interview recently and ask him about his formative years and development as a musician.
‘New York Nights’ book is available to order:
on Musicroom.com, Musicroom.de, Musicroom.fr and Halleonard.com for trade.

MM: When and how did you get started writing music?
PM: Both my parents were keen amateur musicians and one of my earliest musical memories is hearing them playing Massenet’s Meditation for violin and piano. My father was somewhat hampered by a broken fifth finger on his right hand which he received while playing cricket, but this never stopped him from playing through a selection of the well-known opera favourites which he loved.
Photo by Julia Martin 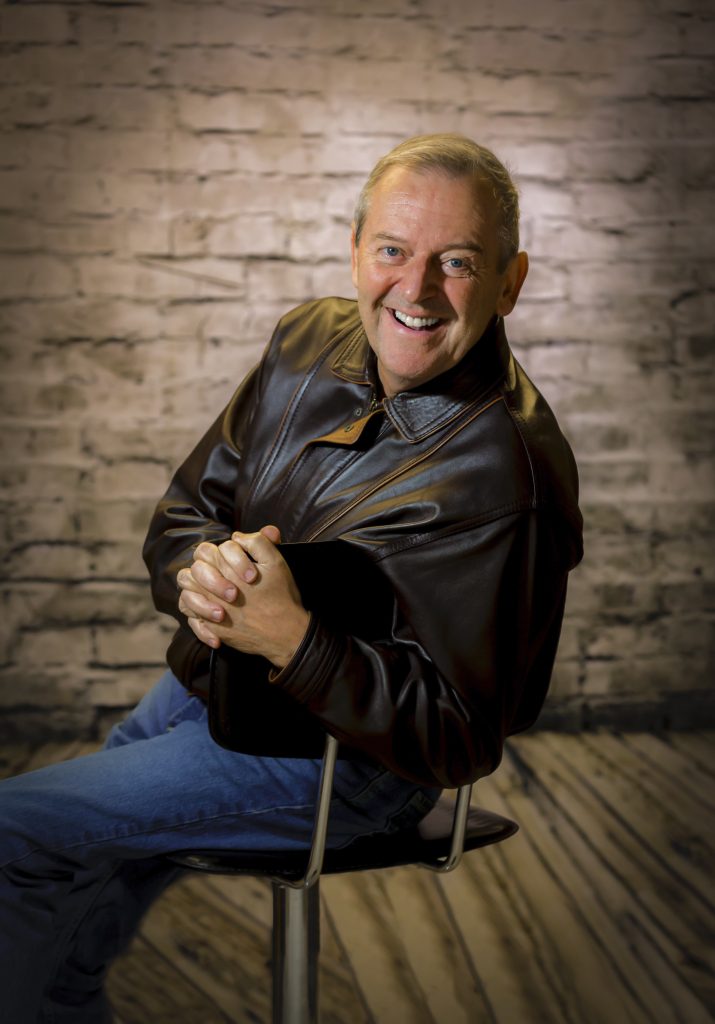 The Launch at The Shard London

This suite is published by EVC Music Publications Ltd. As well as a lavish launch at The Shard, it is thanks to Elena Cobb of EVC that, to further commemorate the launch of the publication, the talented piano pianist – Yael Koldovsky performed them all brilliantly during the UK premiere and for the Classical Music Radio in Israel. I also frequently include some in my own recital programmes. 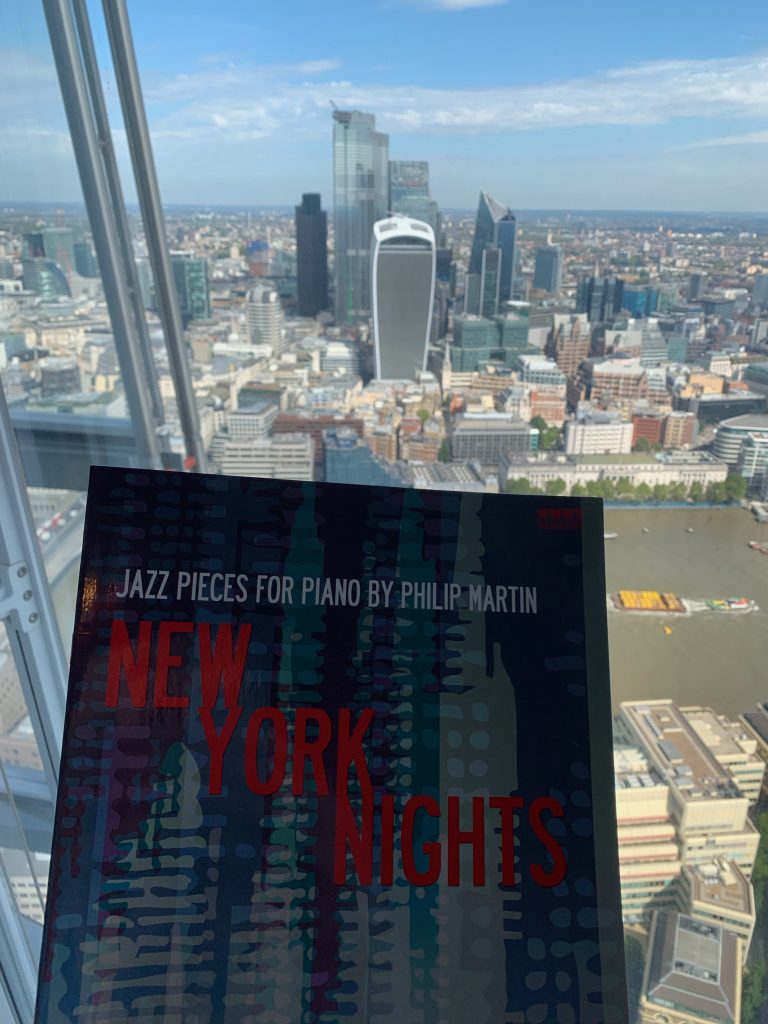 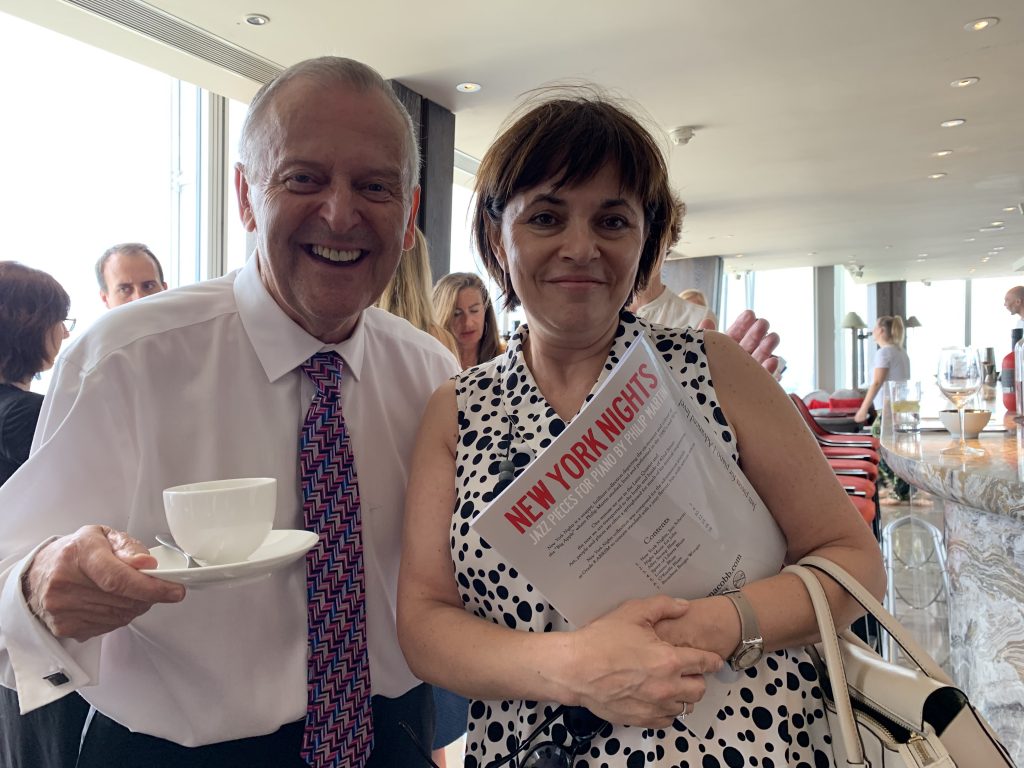 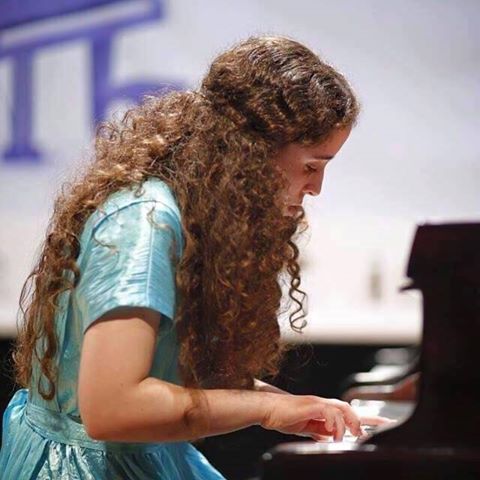 Yael Koldovsky is a gifted student of Tania Kozlova and Arie Vardi at the The Buchmann-Mehta School of Music TAU in Israel. Her recent public performances include a solo recital at the Rubenstein Music Festival, solo engagements with the Jerusalem Symphony Orchestra and the Rishon le Zion Symphony Orchestra, and the 1st prize at the Orbetello Competition.

MM: Tell us about your love of playing, performing, and teaching American Music?
PM: The colourful and exotic music of Louis Moreau Gottschalk might not be known to many, but I have spent much of my career playing and recording all his piano music. Recorded in a complete set of Eight CDs for Hyperion records over a period of 15 years or so. I already knew about him and played some of his music before visiting the US, but while I was there, I spent time investigating his original scores in the New York Public Library and elsewhere.
In 1981 I was awarded the UK/US Bicentennial Arts Fellowship to the United States to study American music in more depth and to meet American Composers. Whilst there I met William Schuman whose lovely Piano Concerto I enjoyed playing in Dublin and for the BBC. At this time, I had correspondence with Samuel Barber and performed his Piano Concerto with three different BBC orchestras.
I had the good fortune of playing two Rachmaninoff concerti in Symphony Hall, Boston, and was invited as composer, pianist, and teacher to two major summer schools at Aspen and Tanglewood. I lived in New York for some time and besides the East Coast, I found some more fascinating influences on the West Coast where composers embraced a very different, more exotic, sound world.
Meanwhile, there was also a whole European world of music for me to embrace, study and explore. Studying in London with the Hungarian pianist and composer, Louis Kentner gave me insights into the music of Liszt and Chopin, and being in the presence of one of the last of the great pianists of the 20th Century was a particular inspiration.
MM: How crucial is your playing experience and development in your development as a composer? Have you ever felt a conflict (time pressure etc.) between being a top-flight performer as well as a premier composer?
PM: My performing, composing, and teaching career pathways have always dovetailed in very well together, and as long as I am doing one or the other, I am happy. There has never been a conflict between these as far as my passion for each genre is concerned, but occasionally, there have been time pressures when I’ve had a large commission with a deadline taking some months to complete, and there were also concerts to prepare for at the same time, not to mention my teaching commitments as well.
After all, in the 19th Century, it was not unusual for musicians to do more than one thing. Most pianists composed, some better than others, but it became part and parcel of what they were as musicians. I feel I am fortunate that one element feeds on the other and that it is a very healthy combination.
MM: What plans and projects do you have for the future?
PM: Along with preparing concerts for the forthcoming season, I am presently involved in writing a second symphony. This is inspired by another Fra Angelico painting ‘The San Domenico Predella’ which hangs in London’s National Gallery.

Acclaimed Dublin-born pianist and composer Philip Martin has a unique, sought-after reputation which has made him a distinguished International artist.
He has played with most of the major London orchestras and has given hundreds of broadcasts for RTE and the BBC and abroad, for RIA (Italian radio), SFB (Berlin), and for the EBU (European Broadcasting Union), amongst many others.
He made his Paris debut playing the Samuel Barber piano concerto which he also premiered in Dublin, Ireland. This confirmed his passion and interest in American music and resulted in a UK-US Bi-Centennial Arts Fellowship to the United States. Following this, he made his New York debut as part of the Britain Salutes New York Festival.
Besides Festivals in England, he has performed as pianist and composer in the Tanglewood and Aspen summer schools in the USA and has held several residencies there in various Universities, such as Syracuse, (NY) Bucknell (PA), and De Paul (Chicago) as well as McGill University in Montreal, Canada.
At home, he made his BBC Prom debut in the Royal Albert Hall playing Benjamin Britten’s Diversions for the left hand with the National Youth Orchestra of Great Britain and returned to play Rachmaninoff’s Rhapsody on a Theme of Paganini two years later.
He has recorded several highly-praised CDs for Hyperion records including a much-lauded boxed set of the complete piano music of the colourful 19th-century pianist composer, Louis Moreau Gottschalk.
He has recently completed two CDs of the piano solo works of Billy Mayerl, and a special CD of his own favourite piano works for Somm records.
Philip is a Fellow of the Royal Academy of Music, London. He is a member of Aosdana, the state-sponsored academy of Irish creative artists and in 2012 he was honoured with a Professorship from Birmingham City University in recognition of his creative work
He has recently completed a 35-minute work for massed Celtic harps and instrumental ensemble which was commissioned by the Music Network in Ireland to mark their 30th anniversary, with funds provided by the Irish Arts Council. This received its world premiere in the Royal Hospital, Kilmainham, Dublin.
He has recently returned from a recital tour of South East Asia, where he was a resident teacher at the University of Taipei for Humanities and Fine Arts. During his time there Philip was honoured by an evening of his chamber music performed by the alumni of the university.
Philip Martin combines a busy solo-performing career with that of a composer and teacher. It is these three elements that make him such a force in musical life today.
The header photo credit: Julia Martin