The applications are now closed, and there is so much I would want to say, but for now, I am going to leave you with just these facts:
AGE: 15-88
STYLE: from Experimental to Romantic
QUALITY: stellar
How difficult will it be to choose? VERY 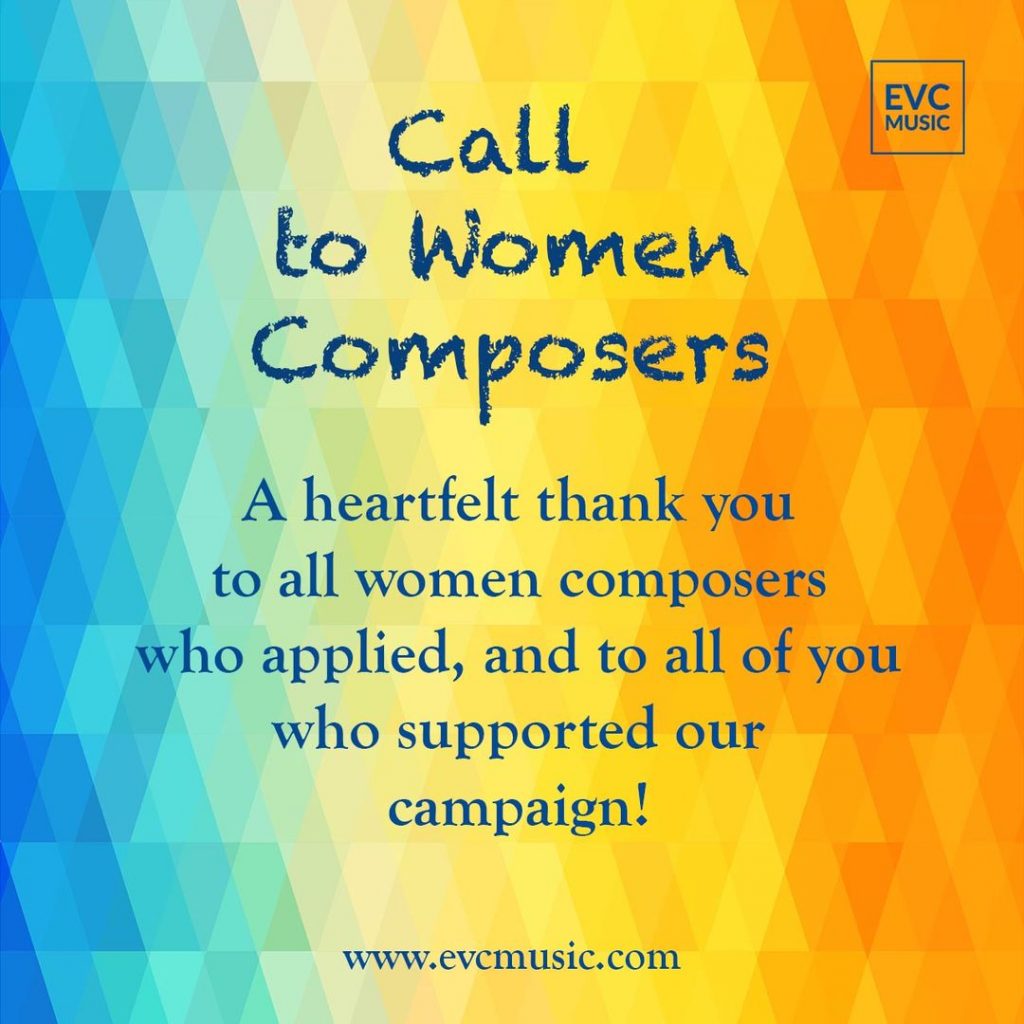 Everyone who sent us their scores deserves praise, not least for bravery, as I can only guess how many of you choose not to send the score for fear of being rejected. The compositions will be judged on their merits in a ‘blind’ process as the selection committee will be presented with the ‘nameless’ scores. I want to wish everyone success and good luck from all of us:

Welcome to the project!

A few weeks ago, EVC announced a new inspirational initiative and invited female composers aged 14+ to participate in the selection for the new anthology of 22 pieces inspired by Chopin’s 22 Nocturnes, a creative project supporting the young prize-winning pianist RNCM student Rose McLachlan. Winning entries will make up the majority of the publication alongside a small number of commissioned works from established female composers. The collection will be presented in June 2023 in the UK with a series of recitals by Rose and a book launch.

Andrew Eales (Chairman) is the founder of the influential website Pianodao.com, and he has a well-established reputation as one of the leading piano educators in the United Kingdom. His book How to Practise music is published internationally by Hal Leonard, the world’s leading and largest music publisher. His music has appeared in the ABRSM piano grade syllabus and several other publications.

Rose McLachlan is a young prize-winning pianist from the RNCM, UK, where she currently studies with Helen Krizos. She has performed in recitals across the UK and has played with orchestras on many occasions.

Vick Bain has worked in music and the creative industries for twenty-five years; for six years she was Chief Executive Officer of the British Academy of Songwriters, Composers & Authors and is a Henley Business School MBA graduate. Vick is now the President of the Independent Society of Musicians (ISM), representing over 11,000 musicians in the UK and is a Fellow of the Royal Society of Arts. She was enrolled into the Music Week Women in Music Awards Roll of Honour and Radio 4 Woman’s Hour Music Industry Powerlist.

Anna Heller is the founder of Moving Classics TV and arguably has done more in recent times to promote and encourage new piano music than any other living pianist. Unquestionably highly regarded internationally for her extraordinary contribution to performance and for the promotion of contemporary composers, her sensitive musicality and nuanced playing have been universally admired and praised.

Kathryn Page is a concert pianist, teacher, educator, presenter and the founding member of the Chetham’s International Summer School.

NB please note that more members will be added to the committee to represent a variety of opinions and views.

1. One previously unpublished legible copy of an original score for piano.
2. Intermediate-advanced difficulty level: about post Grade 5 – Grade 8 UK standard.
3. Duration: under 3 minutes.
4. The piece could be closely related to Chopin’s Nocturne or only of passing connection to the set.
6. Submissions: XML, PDF and MP3 files of the score in one ZIP FILE.
7. Your current CV

2. How to create and export an XML file from Sibelius?
To save a Sibelius score as a MusicXML file, go to the Plug-ins menu and select the MusicXML submenu. Then select the “Export MusicXML” item. You will then see a standard save dialog box asking where to save the XML file. By default, this will be the same as your existing Sibelius file name.

3. How to create and export an XML file from Finale?
In Finale, go to File → MusicXML → Export, or File → Export → MusicXML. If your version of Finale can’t export to MusicXML, or if you want a more accurate export, you can download and use the Dolet plugin.

3. How to create Zipfile?
Tap the link to read more >.

1. Submissions via the online form only
2. Submissions open: 15 September
3. Submissions closed: 15 November
4. Results announced: mid-January 2023 or as soon as we reach the decision

Why should you consider sending your score?

1. Publishing agreement with EVC Music covering this anthology.
2. Possibility to work with EVC Music on our further projects.
2. Royalty payments.
3. Press and media exposure.
4. Your composition will be performed in recitals, recorded by Rose, and available in print via our distributor Hal Leonard Europe anywhere in the world.
5. You will receive a copy of the published book. 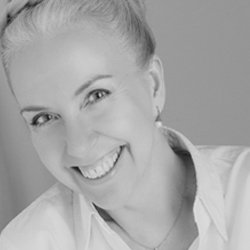 As a female publisher in the publishing world historically dominated by men, I want to support as many opportunities for women composers as possible. Rose’s initiative is a perfect project to do just that. 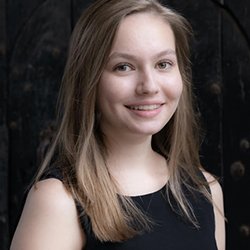 Though the project initially started because of college (I am now in the fourth year at RNCM, and exam requirements need a ‘creative project’), I’m thrilled that Elena Cobb has shown great interest and will publish the collection of 22 new pieces in an anthology for EVC Music.

After having piano lessons with her father, Murray, Rose attended Chetham’s School of Music and subsequently the Royal Northern College of Music where she currently studies with Helen Krizos. She has performed in recitals across the UK and has played with orchestras on many occasions, including Shostakovich 2nd concerto with the BBC CO which was broadcast twice on Radio 3. Most recently, she won the opportunity to play with the Fort Worth Symphony Orchestra. Rose is grateful to be supported by the Waverley Fund, Pendle Young Musicians Bursary and Talent Unlimited. 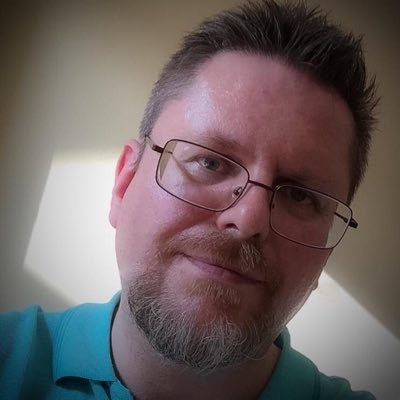 As a Chairman of the Selection Committee, I am honoured, excited and delighted to be involved with Rose McLachlan and EVC Music’s inspirational project. As Chair of the Selection Committee, it will be my privilege to work with a highly expert team in choosing the final selection of pieces, and it’s my commitment to ensure that we do so with rigour, transparency and a single-minded focus on the music.
As a reminder, the brief that composers have been given is to write a piece suitable for players at post-Grade 5 to Grade 8 level, early advanced, and less than three minutes long. Pieces will be judged on that basis. These requirements offer a huge amount of creative freedom while providing a realistic context of professional discipline that composers taking part will hopefully find inspiring.
I am certain the final publication will prove to be a hugely useful and creatively superb collection of music. And I hope it will equally prove a wonderful legacy that will make a lasting difference to the careers of all the composers who take part.
Author, composer, educator & reviewer at Pianodao.com 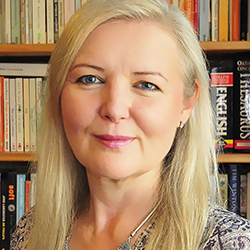 I am honoured to join the selection panel for this fantastic competition by EVC Music.  The percentage of women signed to music publishers is still vanishingly low so imaginative positive action initiatives like this, encouraging women to submit works that will be published in what I am sure will be a popular anthology, is great news.  And how brilliant this was the idea of a student, Rose McLachlan!  The future of music looks bright in the next generation’s hands.

Vick has worked in music and the creative industries for twenty-five years; for six years she was Chief Executive Officer of the British Academy of Songwriters, Composers & Authors and is a Henley Business School MBA graduate. Vick is now the President of the Independent Society of Musicians (ISM), representing over 11,000 musicians in the UK and is a Fellow of the Royal Society of Arts. She was enrolled into the Music Week Women in Music Awards Roll of Honour and Radio 4 Woman’s Hour Music Industry Powerlist.

Vick specialises as a consultant and campaigner for diversity and inclusion in the creative industries, training and advising organisations with her clients ranging from record label trade bodies IMPALA and AIM to electronic music festivals to tv & film orchestras. This is grounded in her work as a PhD researcher at Queen Mary University in the Centre for Research in Equality and Diversity researching women’s careers in music.

Vick is a regular press commentator on gender diversity in the music industry with regular articles as well as influential report Counting the Music Industry, a gender audit of UK record labels and publishing companies. She is the founder of The F-List for Music directory of female musicians which is a not-for-profit organisation campaigning on behalf of and supporting female musicians in the UK. Vick is also a trustee of charity Parents & Carers in Performing Arts, a board director of music technology start-up Delic and on the advisory boards of numerous music industry panels.

President of the ISM 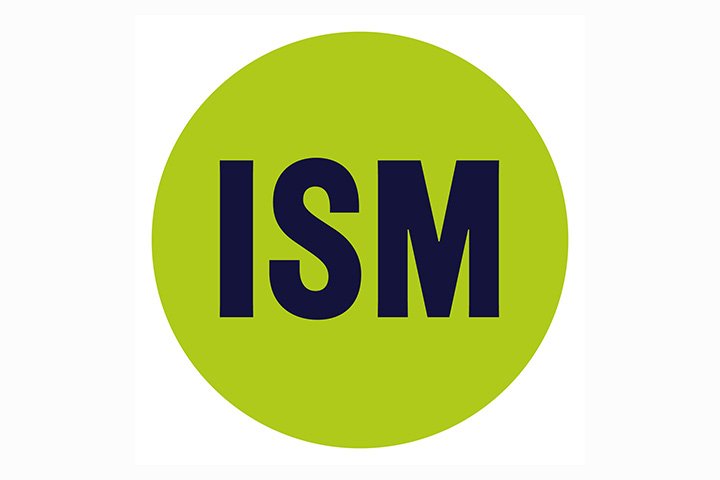 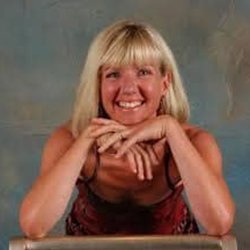 Kathryn Page has given over 20 recitals at the South Bank and Wigmore Hall, both as soloist and chamber music pianist. She has toured Norway, Italy, Ireland and Australia where she gave seven recitals at the Sydney Festival and broadcast for ABC. At home Kathryn has performed at many of the leading music festivals and has given numerous live broadcasts for BBC radio 3 from Broadcasting House, St Georges, Bristol and St Davids Hall, Cardiff. Her interest in contemporary music has led to many world premieres including works by Gary Carpenter, Alisdair Nicholson and Django Bates. She has worked with many established artists including David Campbell, John Lenehan, Joanna MacGregor and Sting!
TV work has ranged from a live recital from Paris on CNN, an appearance on the Korean broadcasting network, several performances on Irish TV and a much treasured Blue Peter badge. In 1991 she recorded the complete set of six Mozart-Grieg duo sonatas for BBC Radio Three.  In recent years Kathryn has worked prolifically as a popular and busy adjudicator for the British Federation of Festivals,  ABRSM examiner, and administrator for EPTA UK, the Chetham’s International Summer School For Pianists and the Manchester International Concerto Competition.  She recorded Bartok’s Sonata for 2 Pianos, Stravinsky’s ‘Rite of Spring’ and Camilleri’s Concerto for 2 Pianos and Percussion with Murray McLachlan, and gave an acclaimed performance in of Messiaen’s Quartet for the End of Time at Chetham’s. 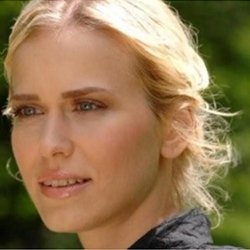 Arguably Anna Heller has done more in recent times to promote and encourage new piano music than any other living pianist. Unquestionably highly regarded internationally for her extraordinary contribution to performance and for the promotion of contemporary composers, her sensitive musicality and nuanced playing have been universally admired and praised.

As a pianist of the modern generation, she is present on social media. Over 30,000 visitors regularly watch and hear her weekly recordings. Anna Heller has lived in Munich, the centre of her artistic work, for more than 20 years. With her concerts, she reaches a worldwide audience.

Anna is the founder of Moving Classics TV and arguably has done more in recent times to promote and encourage new piano music than any other living pianist. Unquestionably highly regarded internationally for her extraordinary contribution to performance and for the promotion of contemporary composers, her sensitive musicality and nuanced playing have been universally admired and praised.

4 thoughts on “Call to Women Composers”