Competitions part 3: Murray is looking for the answers to whether coping with COVID offered a cure for a crisis.

When the world changed with lockdown in March 2020 freelance musicians, including soloists and chamber performers, suffered extraordinary hardship. In less than a month long-standing engagements were airbrushed away.

Diaries were whitewashed, halls and institutions evacuated… and a dreadful ominous sense of doom prevailed. On top of the immediate financial pain came a sense of artistic pessimism for many, who found the isolation and creative void challenging, to say the least.

All of this is well known and documented, as are the positive, enterprising, and thoughtful ways in which many musicians proved that they could re-invent themselves in the short term whilst the menace of COVID wreaked havoc on virtually every aspect of modern life.

Like everything else in the Arts, International Competitions were seriously impacted by lockdown, with many events forced to cancel completely. Sadly, this was the case with the 11th Hamamatsu International Piano Competition in November 2021, as Noriko Ogawa, chairperson of the jury remembers: 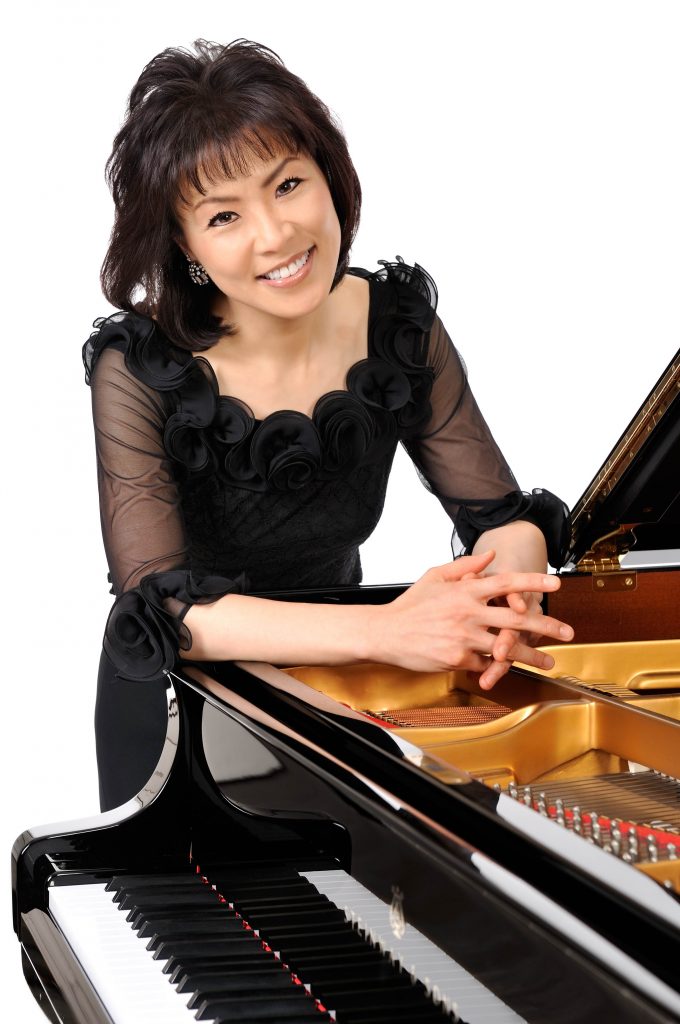 ‘The Japan Border Control shut its door to foreigners almost entirely. Japan was unable to issue visas to any jury members, and we were unable to welcome overseas competitors.

The possibility of going ahead as an online competition was discussed, but as the Hamamatsu First Round was always took place on stage, the City of Hamamatsu that runs and funds the Hamamatsu Piano Competition, did not agree with an online version and we had to make a very sad decision to cancel the event altogether.

However, as the 11th Hamamatsu received over 430 applications, we decided to send a copy of the commissioned work for the Second Round, Hama-Con-Plex by Motoharu Kawashima (published by Edition Peters) to each pianist as a present.

A tiny version of the main competition of the commission piece online was organised with several pianists taking part. We were unable to invite them to perform concerts because of the uncertainty of the pandemic plus strict quarantine rules but we were delighted to send them their prizes.’

For young musicians opportunities such as participation in the Hamamatsu competition are clearly of huge importance, not least for preparing and organising so much repertoire, polishing it to the optimum level possible. But in our era of cancellation and uncertainty, did Noriko see her competition changing its approach for the future, perhaps with preliminary online auditions first?

So, after the cancellation, we are even more determined to stick with the tradition. We are trying to make very little change to the competition, and we would like to continue offering up to ninety pianists to come to the city to perform at the 12th Competition in 2024’. 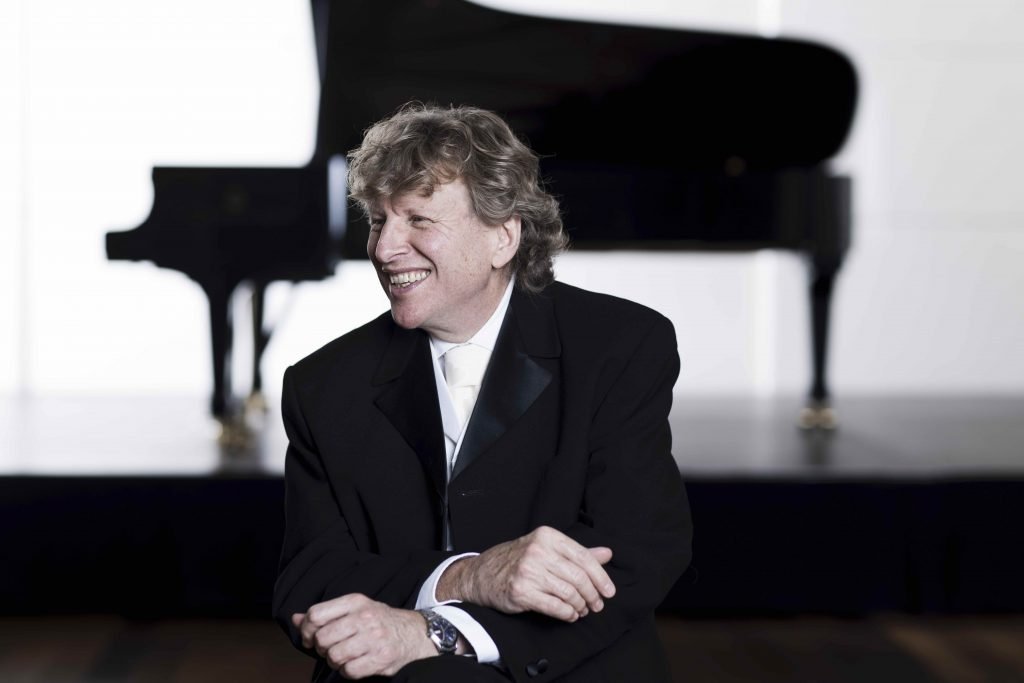 ‘The projected July 2020 Competition already faced a two-year closure of the Concert Hall at the Opera House for refurbishment and was to take place in the Town Hall instead, which necessitated lots of rethinking. Then COVID caused postponement until January 2021… and then to July 2021… and finally a change to a streamed Internet competition.

This meant no chamber music and no concerti.

I had to completely revise the setup to a three round recital competition, with extra requirements to make it interesting: all competitors were to record all three rounds, without knowing whether or not they had progressed from the Preliminaries; verbal introductions to pieces for the Semis and Finals were demanded and the Semi-final recital had to be built around an approved theme of the competitors’ choice; one encore was required after the Semi recital, two after the Final one.

New prizes (like Best Presentation in the Semis or Finals or Best Encore) had to be agreed with the donors, some of whom were of course disappointed to lose their original prize choices, and we had to arrange for competitors to be sponsored by a Club 32 member (a donation format we organised from 2016 where each of the 32 donors is matched with one of the 32 competitors) to finance and set up their own recording sessions around the world, sourcing hall, piano, engineer and videographer themselves.

All of the competitors ‘met’ and chatted with their donor through zoom meetings with me. Each competition recording session was watched by me or another member of the team via zoom – you can imagine the late nights and early mornings to accommodate global time zones!’

Such a vibrantly original, creative response to the global crisis is heartening and inspirational, but also possibly quite daunting for participants, who may not have been trained nor prepared to suddenly shift the emphasis in their practising towards the new focus.

There is no doubt that preparing for recordings rather than for projection in a large auditorium to live listeners is quite a different art. But perhaps the new world we live in demands that skills in the recording studio are fine tuned to the optimum level possible? Since YouTube, the need for excellent video recordings has certainly increased-but there is no question that lockdown has made skill and confidence in the recording studio even more essential than ever before.

Young artists suffered from a cruel lack of performance experience, as leading young pianist and winner of many prizes Yuanfan Yang articulated all too clearly when I spoke to him several weeks ago: 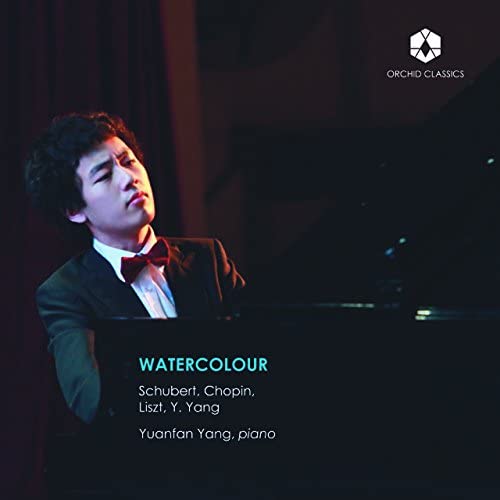 But with the lasting effects of a COVID-battered world, many of us are entering competitions simply because our concerts got cancelled and are still in the `process of being rescheduled’.

The competition platform (the presence of which seems to have survived better than individual concerts!) has become the concert platform, giving aspiring artists a chance to even perform in public – what should be the most natural form of music-sharing feels like a luxury privilege these days.

We can’t wait to get back onstage and share our love for music to enthusiastic audiences, and we would go through whatever means possible to do just that. If anything, like athletes, we need to keep ‘musically fit’ and what better way to force ourselves back into performing shape through the demands of a competition in order to return to the top performance standards we used to have for ourselves during the normal pre-pandemic days, after being forced to lounge at home for more than a year?’

Happily Yuanfan’s competition experiences have recently been most successful, including first prize in Spain last December in the 15th edition of the Frechilla Zuoloaga International Piano Competition.

Thoughts of the participants

What do the participants in international competitions feel about recording? Multiple prizewinning cellist Jeremias Fliedl has been widely acclaimed and has numerous performances available online, including the following:

Multiple prizewinning cellist Jeremias Fliedl has been widely acclaimed and has numerous performances available online, including the following:

Jeremias, currently studying in Salzburg, is still at an age where he can enter competitions but has found since lockdown that more and more of them demand recordings rather than live auditions for the preliminary stages. He appreciates the importance of recordings, but worries that they are substituted too easily for live music making:

‘Videos are not an alternative to live performances, and I observe with concern that this is being mixed up more and more, especially in the field of competitions and auditions. Being a recording enthusiast myself, the pandemic has made me (like every other musician) record myself more often than ever before. In general, this is a positive aspect since, on the one hand, you get extraordinarily important insights into your musical performance from a third-person perspective.

On the other hand, you learn how to make a convincing impression via video, which requires a different approach than in a live concert. Of course, varying performance situations should ideally not have a big impact on our musical intentions, but it obviously makes a difference when it comes to playing with the possibilities of microphone placement, sound mixing and visual aesthetic choices.

A video has to serve all the special qualities you want to show as a musician even more strongly and clearly “on a silver platter” than a live performance – which is a very challenging factor. In my personal opinion, a video production should be considered as its own kind of performance.’

The young multiple prizewinning Polish flautist Marianna Żołnacz has huge experience and phenomenal successes in her impressive CV from competitions, having entered more than sixty since the age of seven. She has won first prize in Guangzhou and second prize in the Nielsen International Flute Competition:

Marianna agrees with Jeremias’s views on recording, having just finished a series of video performances after submitting multiple recitals online in order to win third prize this March in the 10th Kobe International flute competition

‘I think having a prestigious competition online is not ideal. Everyone’s situation is different, every hall and pianist. When you participate live, the setting is equalised, so it just becomes how you play there and then. Which is why we do music – although recordings are wonderful, we go to hear concerts live, for the thrill, the unpredictability of it. We don’t go to watch a recording.’

Kobe is one of the most prestigious woodwind competitions in the world, with former winners including James Galway, Emmanuel Pahud (Berlin Phil Principal and Kersten McCall (Concertgebouw).

After numerous cancellations and rescheduled possibilities, the 10th competition finally ended up, like Sydney in 2021, as an exclusive online event. Submitted videos were listened to and adjudicated in March 2022.

Did Marianna really have to record four substantial rounds of repertoire- literally back-to-back and then submit them from Warsaw to Japan?

‘Yes, it was necessary to record the 2nd, 3rd, and Final rounds during this month of March! Before that we sent the preliminary and first round. Out of 483, the jury chose fifty-six. In the second round 26- and so on! They listened to each round, voted, and continued, like if it were in person, but now just online.’

To the outsider this seems an almost Herculean challenge, and also one that requires enormous experience in the recording studio. For Marianna to win a top prize in such circumstances is clearly a phenomenal achievement. With no audience as such to feel a connection with, how challenging was it for her to give consistently of her best in so many recordings?

‘I have a wonderful pianist in Warsaw who kindly agreed to record with me. Without her it would not have been possible – we have good understanding because we have played for a long time, since I was seven! I recorded in Warsaw University Hall; the headmaster of my old school also let me record there.’

In contrast to Marianna, the young Dutch violinist Isobel Warmelink recently triumphed live in the Oskar Back competition, with glowingly impressive final concerto performances with orchestra of Mozart and Berg.

Isobel stresses how importance pre-competition preparation was, along with developing the ability to let go and enjoy each moment of music making:

‘I was very well prepared for the competition, so this made it into a much more enjoyable experience for me. When I made it to the finals I just truly enjoyed playing in the big hall in Utrecht with the orchestra. Actually, it’s only been for the past year maybe that I felt I could put aside the fear of making technical mistakes and just enjoy the music in the moment. So, I’m very happy I experienced this development.‘